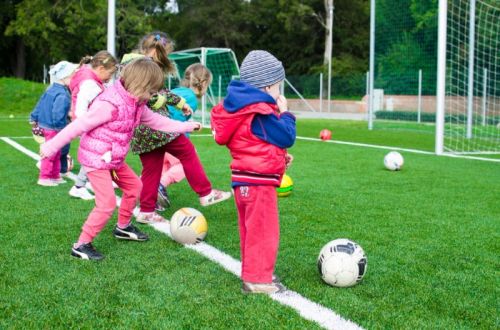 Movement games can be an age-appropriate way for children to learn self-regulation. They are inexpensive and easy to use in a classroom setting. Games that require children to move their bodies according to certain rules require a broad range of executive functions. You can increase the complexity by adding or changing the rules. This ensures children’s skills are continually challenged, which is critical for development [1,2].

Here are some variations of a well-known game that has been used in research to improve executive functions and self-regulation in preschool children:

In the Freeze Game, children dance or move to music and freeze when the music stops. Even the basic version of the game can help children build executive functions, as it requires attention and movement control (i.e., self-regulation). Here are a couple variations to make the game more complex and further challenge children’s executive functions:

While the music plays, hold up a picture of a stick figure in a certain body position (such as standing with arms out like a T). When the music stops, the children must freeze their bodies in the same position as the stick figure. This uses working memory, attention, and self-control.

In this variation of the Freeze Game, children are to match the speed of their movements to the rhythm of the music. When they hear peppy, fast music they move quickly, and they dance slowly to slow music.

These variations of the Freeze Game challenge the core executive functions and give children a chance to practice these skills. There are endless variations of common games that can help support children’s developing self-regulatory skills. Be creative and have fun!

[2] Center on the Developing Child at Harvard University (2014). Enhancing and Practicing Executive Function Skills with Children from Infancy to Adolescence. Retrieved from www.developingchild.harvard.edu.